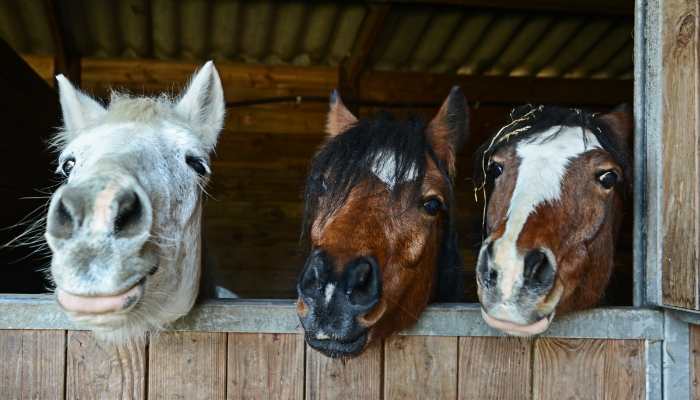 Every religion on this planet earth allows and prohibits a few things. What’s allowed and what’s not is usually fed into our minds from the beginning but still, there are some things, as human knowledge is limited, that need to be figured out at some point in our lives.

Since we are about to discuss whether horse meat is halal in Islam or not? Let’s talk about meat in general. Muslims and Christian are usually witnessed eating meat without any second thoughts. Christians, nowadays, don’t pay attention to whether the meat they are consuming almost every day is permissible or not but Muslims are a little selective.

They hunt and eat a few animals and leave the other ones usually saying “it’s haram.” Goats, cows, camels, and sheep are an essential part of their daily meals and feasts. A lot of you might have not seen or even heard a Muslim casually telling their Muslim friends that they have just had horse meat?

It’s okay as I haven’t either. Rest assured, without further ado we are about to discuss,

Contents show
1 Is horse meat halal in Islam?
2 So, what’s “Halal”, ” Haram”, and “Makruh”?
2.1 Eating horse meat is not a sin
3 Horse meat is consumed in an Islamic country
3.1 Muslims country do not eat
3.2 Behavior of Muslims towards eating Horse
4 Summary

Is horse meat halal in Islam?

It’s permissible. Muslims can eat horse meat but it’s “Makruh” as per the teachings of Islam. If one wants to eat it he can have it but it should be avoided or eaten in moderation.

My Muslim readers know the terms “Halal”, ” Haram”, and “Makruh” but non-muslims might have difficulty in understanding them so let me define these first we’ll then move forward with our today’s topic.

” Halal”, “Haram”, and ” Makruh” are Arabic words having different meanings. Halal means permissible, Haram, forbidden, and the meaning of the term “Makruh” is disliked.

It might have now started making sense, the horse meat is Makruh means if one wants to eat it he can eat it but it is disliked by GOD. This is the reason why you probably have never come across a Muslim eating horse meat.

Eating horse meat is not a sin

Eating horse meat is the same as eating pork means that eating it won’t make you a bad person in the eyes of God but it should be avoided as much as one can as it does not belong to the list of things God loves his people doing. The last Holy Prophet Muhammad (PBUH) considers it better than the meat of a domesticated donkey.

But some Muslim Scholars think there’s no harm in eating horse meat as it’s neither Haram nor Makruh Why?

Some Muslim scholars think it’s okay to eat horse meat as their Holy Book Quraan gives guidelines to its believers this way;

“O ye who believe! Eat of the good things that we have provided for you, and be grateful to Allah, if it is Him ye worship, He hath only forbidden you dead meat, and blood, and the flesh of swine, and that on which any other name hath been invoked besides that of Allah. But if one is forced by necessity, without willful disobedience, nor transgressing due limits, then is he guiltless. For Allah is oft-forgiving Most Merciful”

The scholars justify this matter by saying, the GOD says, do not eat swine flesh, carrion, and animal slaughtered in the name of a pagan idol. So, as the horse is not mentioned prominently in this ayah so it comes in the list of permissible things.

The authentic Islamic book Sahih Al Bukhari has several quotes to support the idea of horse meat being halal.

The Sahih Al Bukhari is considered the most authentic Islamic book and Muslims almost from all parts of the world, after Quraan, look forward to it for their guidance.

Horse meat is consumed in an Islamic country

As we now know horse meat is not “Haram” it rather stands in the list of things that are “Makruh” so it can be eaten but should be avoided at all costs. Horses are not slaughtered for consumption in every Islamic country or state but Kazakhstan, an Islamic country, uses horse meat to please their guests. The famous horse meat dishes of Kazakhstan are;

Kazaks know it “really” well that it’s “Makruh” so they don’t add horse meat to all the meat requiring dishes there are few dishes that are solely made with horse meat. Horse meat dishes are only presented when the guests order it.

Muslims country do not eat

There are tons of Hadith and Quraani ayah regarding what’s forbidden and what’s not but still, a group of Muslims considers it ” Halal” as in Sahih Al Bukhari it is mentioned that the Prophet Muhammad(PBUH) permitted horse meat and the other one’s debates on it considering it “Makruh.”

The Holy Quraan gives complete guidelines to its readers but the problem is that it’s hard for an ordinary human to understand its language, meanings, and terms. The Muslim’s inability to understand the teaching properly is the main reason for this debate.

Behavior of Muslims towards eating Horse

The Muslims generally love eating animals(Goats, sheep, and camel, etc) that were suggested and eaten by their Prophet(PBUH) the most. There are some Muslims as well that don’t mind eating Pork(which is also Makruh) and horse meat but the majority of Muslims avoid slaughtering horses solely to get their hands on horse meat.

There are two views about the consumption of horse meat. A group of people considers it “Halal” while the others take it as “Makruh.” But in general, Muslims avoid eating horse meat. Kazakhstan is probably the only Muslim country where horse meat is consumed in restaurants but it is only presented on request.