As we usually bless our readers with informative articles on horse breeds, so we are here with another one. In this article, we decided to discuss the rarest white draft horse breed called “Boulonnais”. Before this draft horse breed quietly disappears, let’s take a moment and admire the work of art.

The Boulonnais is the oldest draft horse breed that is believed to have emerged somewhere between 54-55 Bc. These exceptional horses, as per the books of history, are originally an outcome of crossbreeding French mares and stallions. The Boulonnais horses were intentionally crossbred several times, the very few Boulonnais horses we saw a few years back and see today are the same as their ancestors.

In the 16th and 17th centuries, the Boulonnais were crossbred with German Mecklenburg and  Spanish Barb, Arabian, and Andalusian mares. In brief, till the 20th century, Boulonnais horses were continuously being experimented with and crossbred. The continuous experiments improved this horse breed to a great extent.

The 20th century marked the beginning of the Boulonnais horses’ era, as they got recognized, imported to several countries, and registered as “French Draft Horse”. World war I and II didn’t prove well for these horses, it almost pushed this horse breed to extinction.

As per the rough estimate, only around 1000 Boulonnais horses are breathing and surviving among us and most of them are entertaining the French and Europeans. A small number of Boulonnais horses are also living in Switzerland, Netherlands, North America, and Luxembourg. The French Government is trying hard to save this draft horse breed from extinction. Let’s see how long they can survive!

Despite the elegant appearance, these draft horses are usually called by their typical boring name. In some parts of the world, solely because of delicate skin and visible veins, they are referred to as “polished marble” and “white marble” horses.

They might stand out because of their appearance and even height, but typically weigh more or less the same as regular horses. If we are supposed to give figures here, the average Boulonnais horse would weigh somewhere between 1400 to 2000lbs(640 to 910 kgs).

Shires are the tallest draft horse breed, despite the attempts to improve the size, the Boulonnais horses stand somewhere between 14.5 to 16.3 hands tall. In other words, they can be anywhere between 59 to 67 inches or 150 to 170 cm tall.

This rare horse breed has been blessed with the rarest hair coat color that is grayish-white or dapple grey. The Boulonnais horses can appear in other colors(chestnut, black) as well but it’s rare. Most of the Boulonnais population is mainly white. The dominance of white color has got them recognized as “White Marble Horses”.

This draft horse breed is exceptionally hardy, they can be raised and kept for almost any purpose. Boulonnais horses, across the globe, have been pulling wagon, carts, assisting in fieldwork, transporting things from places to places, and giving playful rides. Completely ignoring the energetic nature, these horses are bred and raised for meat as well.

This draft horse breed has not been reported to have any serious health issues other than the regular ones. Like all regular draft horse breeds, they are normally taken down by Equine Polysaccharide Storage Myopathy(EPSM), Azoturia, Shivers, Chronic Progressive Lymphedema(CPL), Junctional Epidermal Bullosa, Ocular Squamous Cell Carcinoma, and Belgian Cataracts.

Now that the worth-sharing information is served separately, let’s see what else you do not know about this rarest white draft horse breed.

Everything else you need to know about Boulonnais horses

Draft horses have been deprived of “elegance” since the beginning of time. The drafts are usually as hardy and strong as the workhorses should be. Boulonnais is the only rarest draft horse breed that has been blessed with elegance.

Most of the Boulonnais horses have fine white coats, some have been blessed with black, Chestnut, or solid gray color as well. The French breed registry has only recognized the said four colors even though they can appear in any color.

Boulonnais horses have the finest coats

It’s almost impossible for the draft horses to have the elegance or finest coats. These draft horses “totally” go against the rule as they are elegant and have the finest white coats. The demand for their coats never goes down in the market.

Back in the days when the Boulonnais horses used to be great in numbers, they were bred and raised as work or war horses only. No doubt, they look elegant but the energetic nature has proved them useful for draft horse purposes.

Boulonnais horses are exceptionally good at given rides

Boulonnais can indeed assist in working in fields and carrying goods, they are known for giving smooth rides too. However, to be able to give rides, they need to be disciplined and trained first.

World war I and II brought the Boulonnais population down from 60,000 to 1000

These white marble horses are just about to become extinct as the first and second world war has reduced their number from 60,000 to 1,000. So, it would not be wrong to say that they can quietly disappear any year.

Lastly, I hope you have found this article helpful. Hang in there, we would soon get back with another breed for sure. 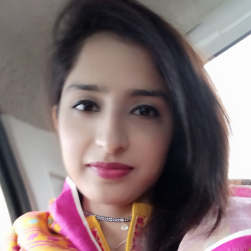 Iqra Maryam is a passionate equestrian who has spent her life researching and writing about equine. She remembers playing with her pony more than toys and friends! With time, she managed to train her Pony and did all research related to the well being of her friend. She trains young equestrian and writes thoughtful articles on them. She believes each horse is a new learning experience and it sparks up her equine passion.